The finca known as Can Solivera began in 1996, when Hans and Daida de Roos started an olive grove in the fields around their 1000-year-old Catalan Farm, located in the Costa Brava region of Northern Spain.

Three years after the one thousand three hundred and seventy-two olive trees were planted the first crop was harvested. During the initial years, the family exported some olive oil to the United States, but on a very small scale and mainly to people who had visited the olive grove whilst on holiday in Europe. The customers had experienced the pleasure of what good olive oil should taste like, and they wanted more! Unfortunately, after the disastrous events of September 11th 2001, sending small parcels to the United States became extremely difficult, as customs in the US became evermore vigilant. Eventually, the business with America collapsed.

In the summer of 2005 Hans and Daida visited California, for amongst other reasons a reunion of the DeRose family. It was at this reunion that Hans became reacquainted with his cousin, Martha (DeRose) Nissen. Hans´ great-uncle, (who was Martha’s grandfather) had emigrated through Ellis Island to the United States in 1910, and had changed his name from Tjalling de Roos to Charlie DeRose. 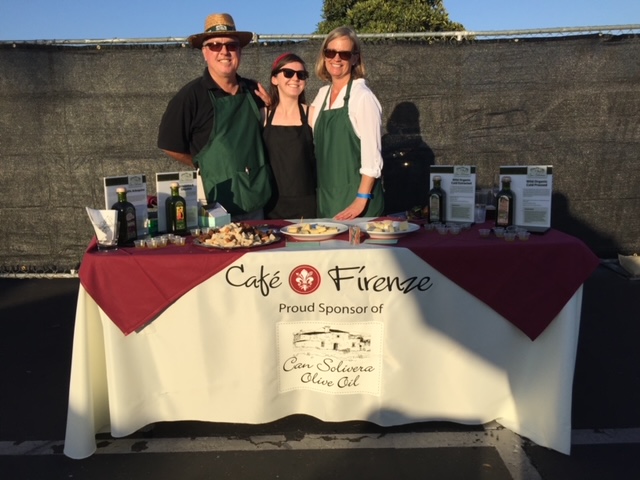 From left to right; Grant, Zoë and Martha

This is where the story gets interesting…. Martha, her husband Grant and their daughter Zoë , visited Spain on holiday in 2006, and spoke about reinvigorating the import of Can Solivera olive oil to the United States.

Grant and Martha have been doing just that for the past seven years. After many letters, emails and a visit from Hans to Southern California, they started the business Can Solivera USA LLC, and imported a large pallet of olive oil, soaps and Daida perfume in 2014. The olive oil is the freshest and tastiest you can imagine! The business continues to grow stronger and stronger, serving the United States with the best Spain has to offer.